All throughout the year

As well as the residencies and other artistic proposals, the CENTQUATRE-PARIS can be experimented, lived and used on a permanent basis, in an original manner as it is invented by each person using it. For visual arts, it is the artworks by Michelangelo Pistoletto, Tadashi Kawamata or Pascale Marthine Tayou that are installed in the public spaces open to everyone.

adashi Kawamata - Exchange Library (2009)
The artwork of Japanese artist Tadashi Kawamata functions as a social and participative mobile library, based on a system of exchange or swaps. The public is invited, on one side, to consult the books present on site, and on the other side, to exchange the ones they may have bought with them with others that are available in the library. 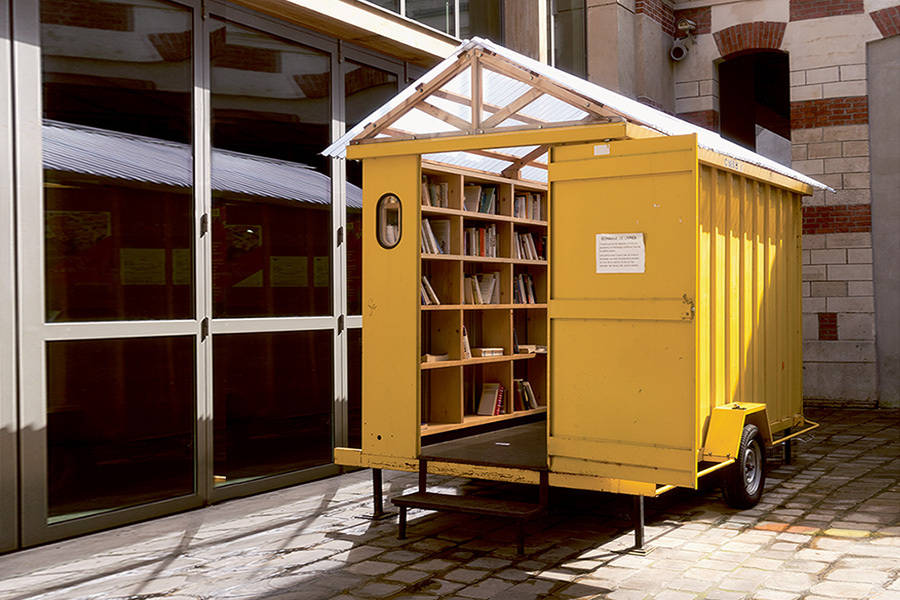 Pascale Marthine Tayou - Open Wall
The Open Wall is made up of luminous neon and electroluminescent signs (found on Internet and in different countries) and cables of variable dimensions: “It’s a wall, but with openings”, specifies Pascale Marthine Tayou. On the glass wall in the CENTQUATRE-PARIS, the artwork acts as an invitation... open to all! This Cameroonian self-taught visual artist is interested in the theme of travel, not only physical, but mainly mental, going towards the other and his/her differences that are a fundamental source of wealth for the growth of humanity. 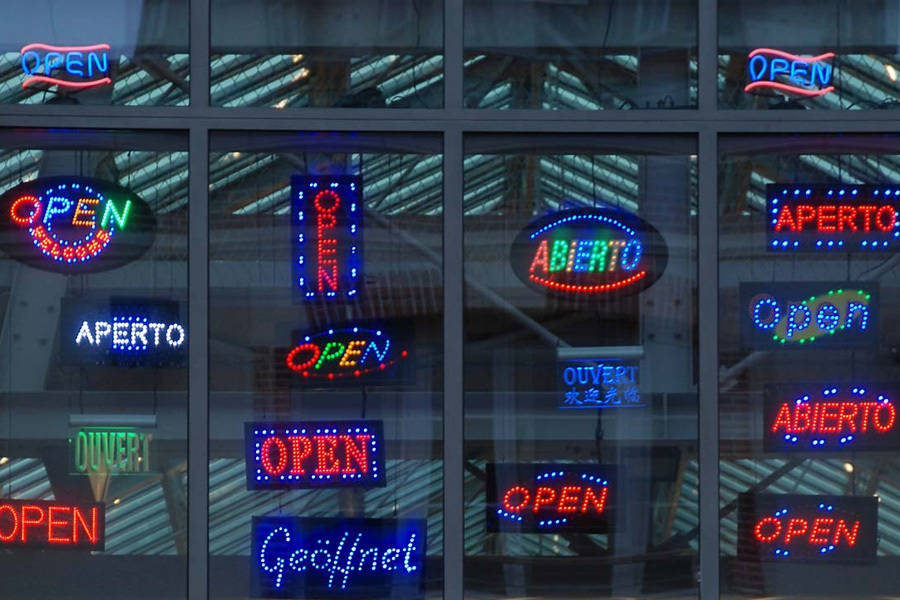 Anne-Flore Cabanis - Échos
This work on the ground, on the walls and in volume, is composed of drawings in situ with colored adhesive and extension of the lines in two modules of colored ribbons suspended. It is a graphic resonance of the circulation of the public in the space. Anne-Flore Cabanis' in situ interventions play with the architecture. By breaking a visual silence, they reveal the presence of chosen invisible movements. The artist creates apparitions and disappearances of lines and colors which open a reading, give a direction, propose a moment of reflection on the circulation of the bodies, the glance or the thought. 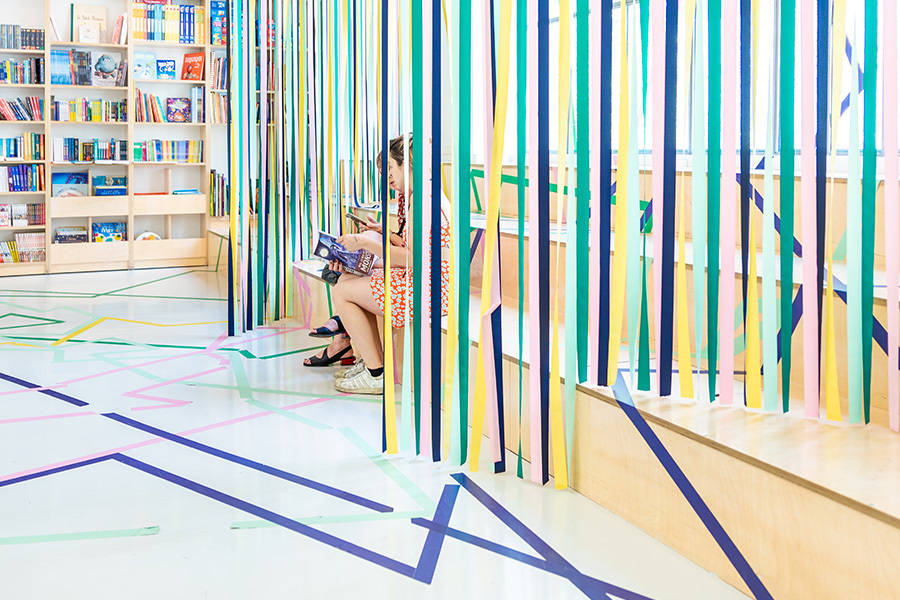 every month in your mailbox

everywhere and all the time